TurkishPress
Home News US: Trump raises over $240M in September for election 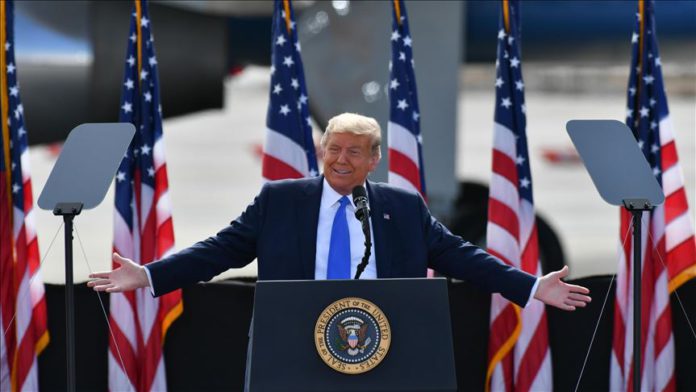 US President Donald Trump has raised over $240 million in September for his reelection campaign for the upcoming presidential election on Nov. 3, according to his campaign manager.

Although the president managed to raise over $37 million more than $210 million he did in August, he was still approximately $135 million short compared to his Democratic opponent Joe Biden last month.

The former Vice President Biden raised $383 million in September, a new record for a US campaign in history for the second month in a row.

Trump, also, is still behind on national polls by 11 points, 43% to 54%, against Biden, according to NPR/PBS NewsHour/Marist poll released on Thursday.

The former businessman had won 46% of votes nationwide in 2016 presidential election, which was enough for a victory in gaining key states to win the Electoral College.

Turkey to back Azerbaijan for agricultural development