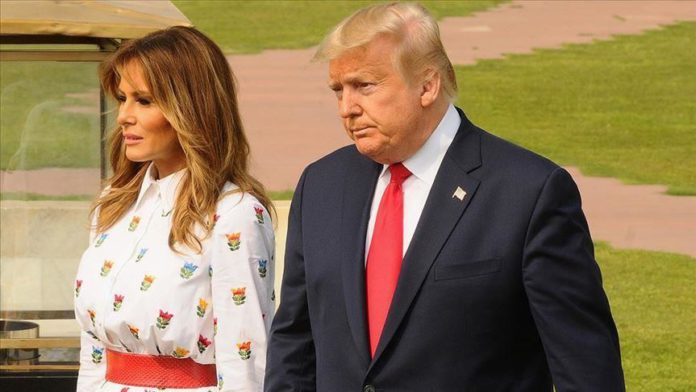 US President Donald Trump said early Friday that he and first lady Melania Trump had tested positive for COVID-19 after one of his closest aides had done the same.

“Tonight, @FLOTUS [US first lady] and I tested positive for COVID-19. We will begin our quarantine and recovery process immediately. We will get through this TOGETHER!” said Trump on Twitter.

The announcement came hours after Hope Hicks, one of Trump’s closest aides, tested positive Thursday for the virus.

“The President and First Lady are both well at this time, and they plan to remain at home within the White House during their convalescence,” Sean P. Conley, the White House physician, said in a statement.

The news comes at the height of the president’s re-election campaign ahead of Nov. 3 elections, at a time when Trump continued to hold in-person political rallies.

Earlier, in an interview with Fox News Channel’s Sean Hannity, Trump said he and Melania had just taken a test and were awaiting the results.

The president also said he spends a lot of time with Hicks.

“Hope Hicks, who has been working so hard without even taking a small break, has just tested positive for Covid 19. Terrible! The First Lady and I are waiting for our test results,” he tweeted earlier.

In interviews with The Washington Post’s Bob Woodward earlier this year, Trump said that he had deliberately “downplayed” the threat of the virus as a way to avert public panic.

In recent months, against the advice of most public health officials, Trump has held large political rallies with no mask or social distancing requirement. When asked, Trump said the rallies did not pose a threat of his contracting the virus.