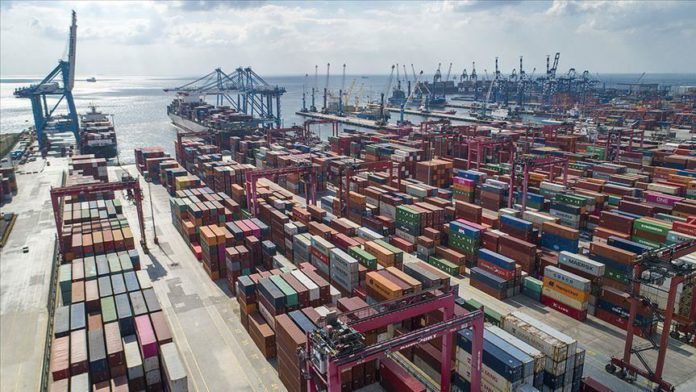 The US saw its trade deficit increase 5.9% to $67.1 billion in August to reach its highest level since August 2006, according to the Commerce Department on Tuesday.

Analysts expected the figure to come in at $66.1 billion in August. Its July level was revised down from $63.6 billion to $63.4 billion.

The US, however, saw its trade deficit with Germany and Japan increase $1.6 billion and $1 billion, respectively, from the previous month.

Although US President Donald Trump promised to lower the trade deficit, especially with China, the American economy is still struggling to recover because of the coronavirus pandemic and many analysts say it is in need of another fiscal stimulus.

US Treasury Secretary Steven Mnuchin and House of Representatives Speaker Nancy Pelosi spoke via telephone Monday about a $2.2 trillion relief bill that was passed by House Democrats last week. The two are set to talk again Tuesday.

Federal Reserve Chair Jerome Powell, who will deliver a speech later Tuesday, has repeatedly indicated in recent weeks that the central bank’s monetary policies and quantitative easing should be supported by Congress and the administration through another fiscal package.

As investors remain hopeful that talks on a new relief bill would be constructive, and Trump returned from the hospital after contracting COVID-19, the three major US stock market indexes opened the day in positive territory or flat.