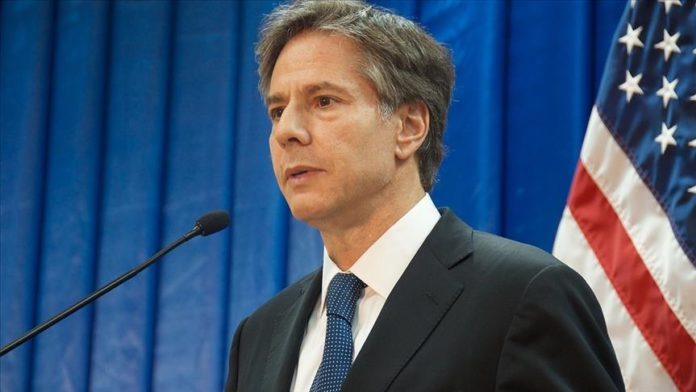 While meeting Kuleba in Brussels, Blinken “affirmed the United States’ unwavering support for Ukraine’s sovereignty and territorial integrity” amid Moscow’s continued occupation of the Crimean Peninsula and ongoing force buildup on its border with Ukraine, State Department spokesman Ned Price said in a statement.

“The Secretary expressed concern about Russia’s deliberate actions to escalate tensions with Ukraine, including through its aggressive rhetoric and disinformation, increasing ceasefire violations, and movement of troops in occupied Crimea and near Ukraine’s borders,” said Price.

The US has said Russia is amassing its forces near Ukraine’s eastern border at a level unseen since 2014 when it occupied and later annexed Crimea, and began support for separatists in the eastern region of Donbas.

The seven-year conflict between government forces and Russia-backed separatists has claimed more than 13,000 lives, according to the UN. Fighting has intensified in recent weeks with the Ukrainian military saying one soldier was killed in clashes with separatists on Sunday.

NATO Secretary-General Jens Stoltenberg on Tuesday called for Russia to remove forces from the Ukrainian border, urging Moscow to “stop its provocations and deescalate immediately.”

Stoltenberg was speaking ahead of the extraordinary meeting of the NATO-Ukraine Commission, which was called to prepare NATO’s response to a possible surge of violence after the latest Russian military movements.