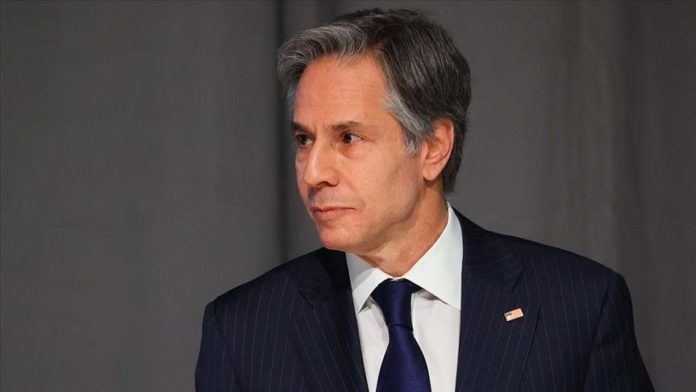 Secretary of State Antony Blinken will travel to Ukraine this week, the State Department announced Tuesday amid continued western concerns that Russia is preparing for an invasion of the eastern European nation.

Blinken is departing Tuesday and the department billed the trip as part of continued “extensive diplomacy with our European Allies and partners about a united approach to address the threat Russia poses to Ukraine and our joint efforts to encourage it to choose diplomacy and de-escalation in the interests of security and stability.”

The top US diplomat will meet Ukrainian President Volodymyr Zelenskyy and Foreign Minister Dmytro Kuleba on Jan. 19 to “reinforce the United States’ commitment to Ukraine’s sovereignty and territorial integrity,” spokesman Ned Price said in a statement.

“The Secretary’s travel and consultations are part of the diplomatic efforts to de-escalate the tension caused by Russia’s military build-up and continued aggression against Ukraine,” Price added.

Blinken will also travel to Germany on Jan. 20 to meet Foreign Minister Annalena Baerbock, followed by a meeting with representatives from France, Germany and the UK as part of what is known as the Transatlantic Quad.

Russia is accused of having amassed more than 100,000 troops near Ukraine’s border, a move that has prompted concerns by the West that Moscow could be planning another military offensive against its ex-Soviet neighbor. The Kremlin has denied western accusations of a looming invasion, saying its forces are there for exercises.

But the buildup comes eight years after Russia’s 2014 annexation of Ukraine’s Crimean Peninsula, a move that has never been met with international recognition. Moscow that year also began supporting separatist rebels in eastern Ukraine, a policy it has continued for nearly a decade.