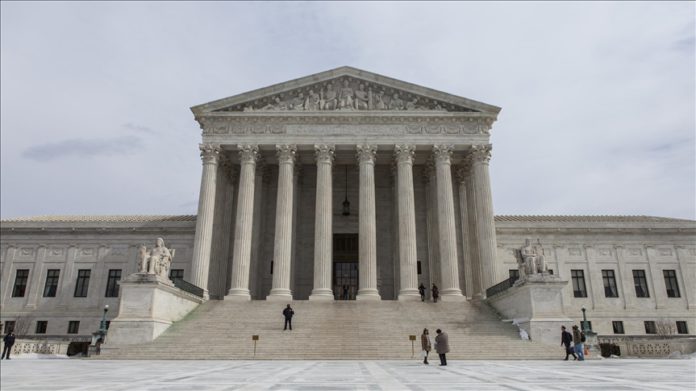 The US Supreme Court sided Thursday with the state of Arizona, upholding the constitutionality of Republican-enacted voting restrictions.

The 6-3 ruling saw the Court’s three liberal judges dissent from the majority as it dismissed the argument from the laws’ challengers that Arizona sought to infringe upon the rights of minority voters.

The case was a key test for the Voting Rights Act of 1965, which the Supreme Court curtailed in 2013. That year, the Court invalidated a key part of the act that required states to receive federal approval before changing voting laws.

Arizona’s laws invalidate ballots cast in the wrong jurisdiction and significantly curtails the practice known as “ballot harvesting” wherein an individual can pick up completed ballots and deliver them to polling places. The state sought to portray its efforts as aimed at ensuring election integrity.

Critics had sought to challenge the law on the grounds that they disproportionately affect minority voters, a view upheld by an appeals court.

But writing for the majority, Justice Samuel Alito said neither provision violates the Voting Rights Act of 1965.

“Arizona’s out-of-precinct rule enforces the requirement that voters who choose to vote in person on election day must do so in their assigned precincts. Having to identify one’s own polling place and then travel there to vote does not exceed the ‘usual burdens of voting,'” he wrote.

“On the contrary, these tasks are quintessential examples of the usual burdens of voting,” he added.

Justice Elena Kagan wrote a searing dissent in which she said “this is not how the Court is supposed to interpret and apply statutes,” but said that critique “woefully undersells the problem.”

US President Joe Biden issued a statement that said he is “deeply disappointed in today’s decision” shortly after the ruling was announced, arguing that over the past eight years the Supreme Court “has now done severe damage to two of the most important provisions of the Voting Rights Act of 1965.”

“After all we have been through to deliver the promise of this Nation to all Americans, we should be fully enforcing voting rights laws, not weakening them,” he said.

“While this broad assault against voting rights is sadly not unprecedented, it is taking on new forms. It is no longer just about a fight over who gets to vote and making it easier for eligible voters to vote. It is about who gets to count the vote and whether your vote counts at all,” added Biden.