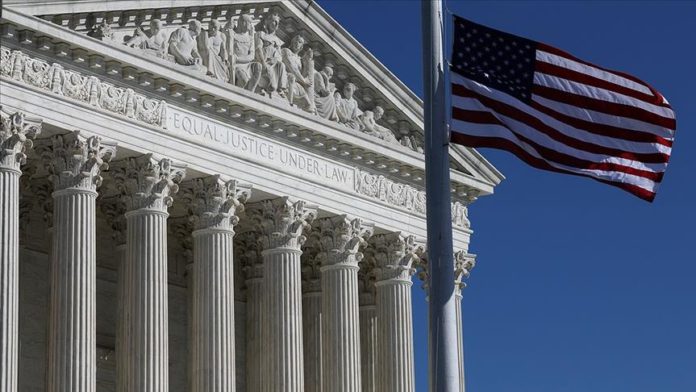 The US Supreme Court on Friday rejected a last-ditch effort led by allies of outgoing President Donald Trump to undo the outcome of the Nov. 3 election.

The top court said in a brief unsigned opinion that the lawsuit led by Texas “lacks standing” to bring the legal challenge because the state “has not demonstrated a judicially cognizable interest in the manner in which another State conducts its elections”.

“All other pending motions are dismissed as moot,” the order said.

Only Justice Clarence Thomas and Samuel Alito broke with the majority on the 9-member panel, but solely on procedural lines.

They said they would have allowed the suit to be heard, but would not have granted Texas any of the relief is sought. They explicitly voiced no opinion on any of the matters the case raised.

The court’s judgment is the second blow to legal challenges brought by Trump and his allies. The court on Tuesday rejected an effort brought by some Republicans in Pennsylvania.

Both suits had strong public support from Trump as he seeks to derail the result of the Nov. 3 election, which he decisively lost to President-elect Joe Biden. He described the Texas suit earlier on Friday as “perhaps the most important case in history”.

Trump has yet to weigh in publicly after the case was rejected by the Supreme Court.

Biden won the Nov. 3 poll and has secured far more than the necessary 270 Electoral College votes. He has secured 306 delegates in his favor compared to Trump’s 232.

The Electoral College is slated to convene on Monday for a session that will formally elect Biden as the next president.