TurkishPress
Home News US to withdraw nearly 12,000 troops from Germany 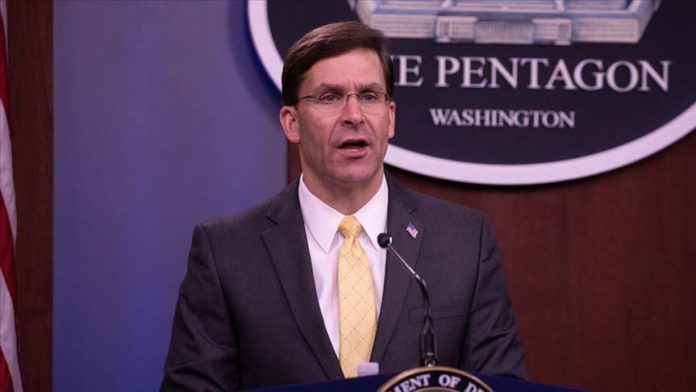 US Secretary of Defense Mark Esper announced Wednesday a withdrawal plan of nearly 12,000 American troops in Germany, saying almost half of them will be repositioned in Europe.

Speaking at a briefing in Pentagon, Esper said the move to reduce American presence from some 35,000 was designed to strengthen NATO, deter Russian aggression in the region and improve the flexibility of military forces in the region.

“It is important to note that in NATO’s 71-year history, the size composition and disposition of US forces in Europe has changed many times,” the defense chief said. “As we’ve entered a new era of great-power competition we are now at another … inflection point in NATO’s history. I am confident the alliance will be all the better and stronger for it.”

He said that some 6,400 soldiers would return to the US while 5,600 would be repositioned within NATO, including Italy, Belgium, Poland and the Baltic states.

The headquarters of the US European Command (EUCOM) will also be shifted from Stuttgart, Germany to Belgium.

The withdrawal would start “as expeditiously as possible” with parts of it starting “within weeks,” said the defense chief.

Ramstein Air Base in southwestern Germany is known as the largest American military base outside the US.

Trump accused the European country of failing to spend enough on its own military to meet NATO’s defense spending target and taking advantage of America on trade for years.

Although the German government has increased the defense budget drastically, it still misses the NATO target of 2% of the gross domestic product.