TurkishPress
Home News US to weigh sanctions after Iran, China ink $400B deal 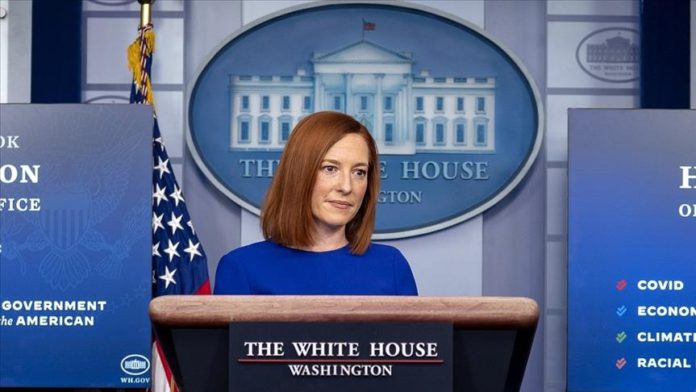 The US said on Monday it will evaluate a just signed $400 billion investment deal China struck with Iran over the weekend to see whether it will trigger sanctions under American law.

“We of course will take a look and ensure that any sanctions that need to be implemented would be as it relates to this package, but we haven’t looked at the specific agreement yet at this point in time,” White House spokeswoman Jen Psaki told reporters.

The announcement is prompted by Tehran and Beijing’s announcement on Saturday of a 25-year strategic cooperation agreement that is part of China’s “Belt and Road” initiative, which is a massive infrastructure project stretching from East Asia to Europe.

Cooperation in the defense sector, according to sources, is also part of the long-time agreement, which is significant given growing tensions with the West and recent joint military drills in the Persian Gulf region.

A joint statement issued after signing the agreement said the two sides aim to “promote the development and comprehensive strategic partnership” through this deal.

The $400 billion deal had been in the works since January 2016 when Chinese President Xi Jinping became the first world leader to visit Iran following the signing of the 2015 nuclear accord between Iran and world powers.

Liverpool stars Salah, Mane to face as Egypt to take on...

World Savings Day: Save a bit, big things will follow