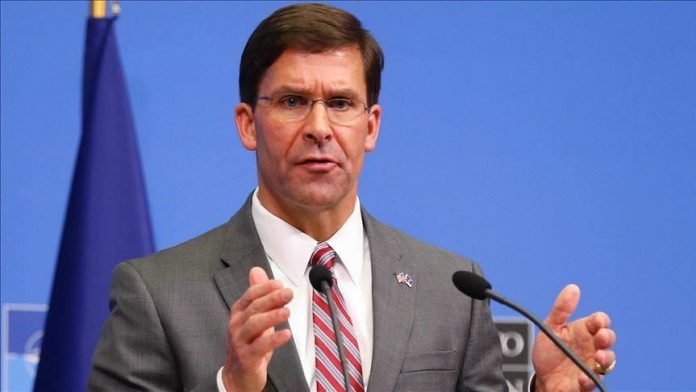 The U.S. will reinforce its position in Syria to protect oil fields from being retaken by the Daesh terror group, a defense official said Thursday.

Speaking on condition of anonymity, the official recalled that Defense Secretary Mark Esper said he would advise President Donald Trump to “ensure the ongoing success” of efforts to defeat the group in the war-torn country.

Read more: US to reinforce position in Syria to protect oil fields