TurkishPress
Home News US to reimpose sanctions on 9 Belarusian companies 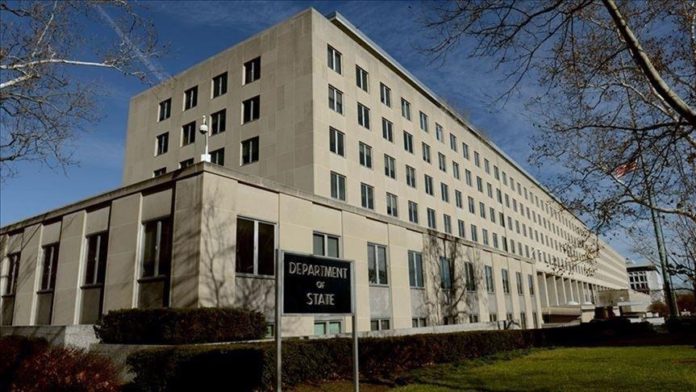 The US warned Belarus on Wednesday that it will not provide sanctions exemptions for nine state-owned companies unless over 300 prisoners rounded up during anti-government protests are released.

State Department spokesman Ned Price said that with the continued detentions, “the department is unable to recommend another extension” of general licenses allowing transactions with the companies “at this time,” but emphasized that the looming action is reversible.

“Regrettably, we find the human rights situation has deteriorated to arguably the worst point in Belarus’ independent history,” he told reporters.

“The Lukashenka regime is still able to take these necessary steps to reverse course, release all those wrongfully imprisoned simply for peacefully disagreeing with the authorities, espousing different views, or daring to compete in an election,” he added, referring to Belarusian President Alexander Lukashenko’s government.

The current licenses are set to expire on April 26.

Belarus has been wracked by civil unrest since strongman Alexander Lukashenko claimed a sixth term in office in August last year in elections rejected by the opposition, the US and EU over allegations they were rigged in his favor.