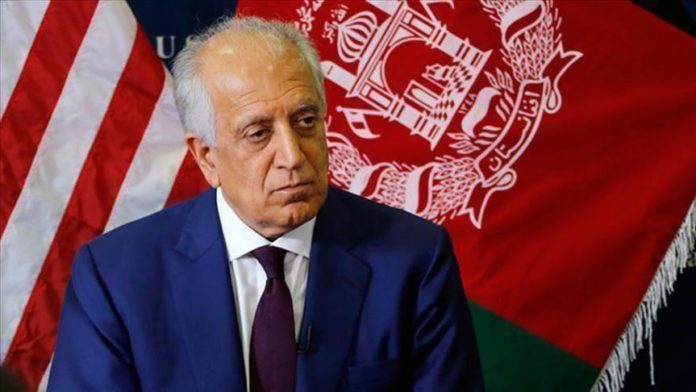 US President Donald Trump’s special envoy will head to Doha, Qatar this week to meet Afghan and Taliban representatives to attempt to broker a reduction in violence in the war-torn country.

Zalmay Khalilzad left for Norway on Oct. 26, and discussed “international coordination and support of the Afghan peace process” while in Oslo, the State Department said in a statement.

From Norway, he will fly to Doha where he will “meet with the negotiating teams to follow up on ongoing discussions to reduce violence and press both sides to immediately stem the recent increase in violence that Afghans across the country are being forced to bear.”

“Too many Afghans are dying. The sides urgently need an agreement on a reduction of violence leading to a permanent and comprehensive ceasefire,” the State Department said.

“Along with international partners, Ambassador Khalilzad will press the two negotiating teams to accelerate their efforts and agree to a political roadmap that ends Afghanistan’s 40-year-long war. The sides must move past procedure and into substantive negotiations. American and international assistance remains available to all sides,” it added.

Khalizad last met with Afghan and Taliban negotiating teams in September amid an uptick in violence as Taliban forces sought to capture Helmand province from the government.

The UN has warned that ongoing peace talks have failed to slow down civilian casualties in Afghanistan.

In all, 5,939 civilians have been killed or injured in the first nine months of 2020, according to Deborah Lyons, the UN secretary-general’s special representative for Afghanistan.