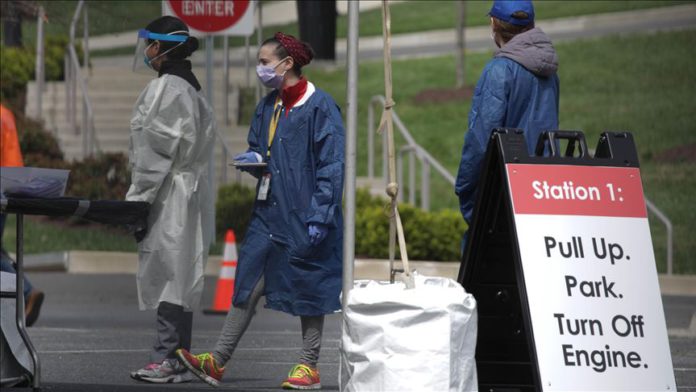 The US is conducting 300,000 coronavirus tests per day and will pass the milestone of 10 million tests this week, President Donald Trump said Monday.

Speaking at a White House briefing on the nation’s testing capacity, he said more than nine million tests have been performed so far and the daily test number will increase “substantially.”

“This week, the United States will pass 10 million tests conducted — nearly double the number of any other country,” Trump told reporters.

The president said the Food and Drug Administration has authorized 93 different tests to fight the pandemic, which has infected nearly 1.35 million people in the country and killed more than 80,000.

The federal government will also give $11 billion to the states to use on testing efforts.

After originating in Wuhan, China last December, COVID-19 has spread to at least 187 countries and regions. Europe and the US are currently the worst-hit regions.

The pandemic has killed more than 285,400 people worldwide, with more than 4.16 million confirmed cases, while recoveries have surpassed 1.45 million, according to figures compiled by Johns Hopkins University of the US.