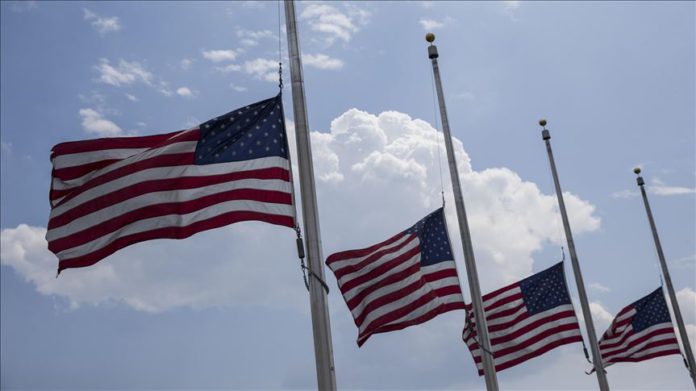 US President Donald Trump said Thursday he has ordered flags at all federal buildings and national monuments to be flown at half-staff in memory of the nation’s coronavirus victims.

In a pair of tweets, Trump said he will be lowering the flags over the next three days.

“I will be lowering the flags on all Federal Buildings and National Monuments to half-staff over the next three days in memory of the Americans we have lost to the CoronaVirus.

“On Monday, the flags will be at half-staff in honor of the men and women in our Military who have made the Ultimate Sacrifice for our Nation,” he wrote, when Americans mark Memorial Day.

Memorial Day is a holiday observed on the last Monday of May, honoring the men and women who died while serving in the US military.

The move came after House Speaker Nancy Pelosi, a California Democrat, and Senate Minority Leader Charles Schumer, a Democrat representing New York, called on the president to lower flags to mourn the those who lost their lives to the pandemic.

The virus has infected more than 1.5 million people in the country and killed nearly 95,000 since the first death on Feb. 29, according to a running tally by Johns Hopkins University.

More than 5 million people worldwide have been infected and nearly 333,000 others have died from the disease.