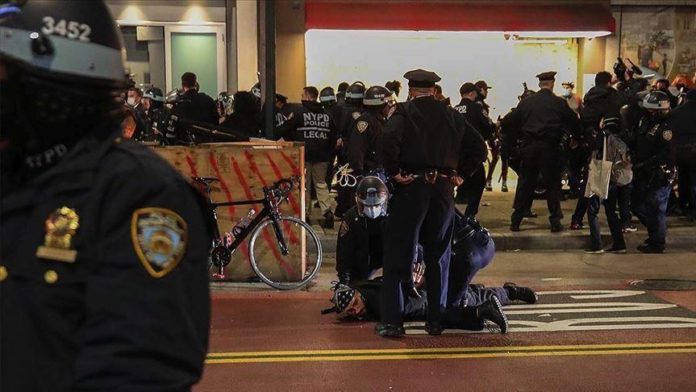 US National Guard troops will be on the streets of the nation’s capital after the city’s mayor requested the action ahead of two days of planned pro-Trump rallies, the Pentagon confirmed Monday.

A Pentagon spokesman confirmed the pending deployment in an email exchange, calling it “a pretty straightforward assignment of duties as has been done in the past.” The exact figure of troops has yet to be officially confirmed, but multiple reports pegged the number at around 340.

An email to the National Guard seeking a firm figure had not been immediately returned. The reports also indicated the troops will not be armed, nor will they don body armor.

Thousands of people protesting the results of the US’s Nov. 3 election are expected in Washington, D.C. beginning on Tuesday. The Metropolitan Police Department plans on activating all of its officers after past demonstrations repeatedly devolved into violence with counter-demonstrators.

Multiple people were stabbed during protests in December when demonstrators flocked to D.C. in protest of President Donald Trump’s electoral defeat.

Trump lost the election to President-elect Joe Biden by a wide margin, but the outgoing commander-in-chief has refused to concede and has continued to spread false allegations of widespread voter fraud, galvanizing his supporters.

“The BIG Protest Rally in Washington, D.C., will take place at 11.00 A.M. on January 6th. Locational details to follow. StopTheSteal!” Trump tweeted Friday, also saying he will attend at least one gathering on Jan. 6 when Congress is set to certify his defeat.

D.C. officials are bracing for crowds even larger than what was seen in December, and Bowser has urged city and regional residents to stay away from downtown on Tuesday and Wednesday “and not to engage with demonstrators who come to our city seeking confrontation, and we will do what we must to ensure all who attend remain peaceful.”

The city has posted signs warning demonstrators and anyone else who attends the events that it is illegal in D.C. to carry firearms within 1,000 feet of a protest. It is also illegal under federal law to bear a firearm on the Capitol grounds and National Park Service areas, including the National Mall, according to Bowser’s office.

Only individuals issued exceptionally-rare concealed pistol permits by D.C. are allowed to do so in the nation’s capital, and open carry of firearms is illegal. Police have warned that anyone in violation of the laws will be arrested.

Among those slated to attend the demonstrations are the Proud Boys, a pro-Trump chauvinist group with white supremacist ties, and other armed far-right groups. The Proud Boys last month damaged city property, particularly symbols and plaques honoring the Black Lives Matter movement, according to police.