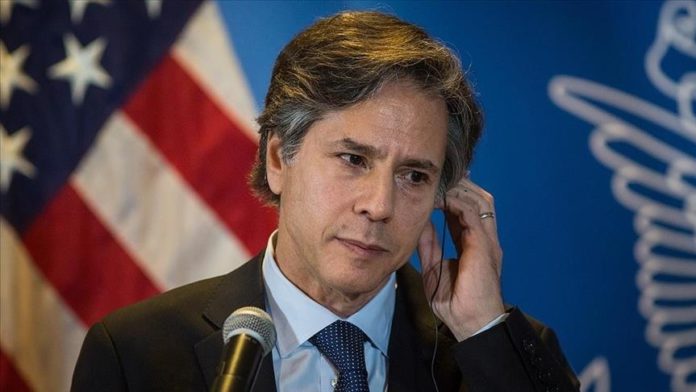 In a bid to accelerate the stalled peace process, a meeting between the Afghan government representatives and the Taliban would be arranged in Turkey, according to a letter leaked by Afghanistan’s Tolo News on Sunday.

The letter was sent by US Secretary of State Antony Blinken to Afghan President Ashraf Ghani, revealed in the leaked letter.

“We will ask the government of Turkey to host a senior-level meeting of both sides in the coming weeks to finalize a peace agreement. I [Blinken] urge you [Ghani] or your authoritative designates to join other representatives of the Islamic Republic [of Afghanistan] in this meeting,” Tolo News reported, sharing the leaked letter on its website.

According to the letter, Blinken said Washington has also intended to ask the UN to convene foreign ministers and envoys from Russia, China, Pakistan, Iran, India, and the US to discuss how to promote peace in Afghanistan.

“It is my belief that these countries share an abiding common interest in a stable Afghanistan and must work together if we are to succeed,” he said in the letter.

He also called for a more inclusive and credible approach by the Afghan government to the negotiations with the Taliban on governance and power-sharing.

Blinken in the letter also warned that security would worsen and the Taliban would make territorial gains as the US was still considering the full withdrawal of forces by May 1.

“I am making this clear to you so that you understand the urgency of my tone regarding the collective work outlined in this letter.”

Blinken noted that the US is working on a plan to reduce violence for 90 days to prevent the Taliban from launching a spring offensive.

The Taliban resumed negotiations on this plan with Zalmay Khalilzad last week when the top US peace broker landed in the Qatari capital Doha.

“Both sides [the US and Taliban] expressed their commitment to the Doha agreement and discussed its full implementation. Likewise, the current situation of Afghanistan and the rapidity and effectiveness of the Intra-Afghan negotiations were discussed,” tweeted spokesman for the Taliban Mohammad Naeed on Saturday.

On Sunday, the Afghan government’s representative in talks with the Taliban in Doha, Nader Nadery, said the government was evaluating the proposed peace plan presented by the US envoy.

Speaking at an event at the Afghanistan Institute for Strategic Studies in Kabul, he said the plan was a proposal to end the war and bring peace to Afghanistan.

According to Nadery, the government is evaluating the plan to see if it helps the country or leads to another long-term disaster.

A day earlier, Ghani reiterated that the transfer of power through elections is a non-negotiable principle.

The president made these remarks on Saturday at the opening ceremony of the third year of the 17th term of the parliament.

Ghani said he is willing to make sacrifices to ensure a lasting and real peace in which independence and the right to self-determination of the people are respected, but clarified that it does not mean compromising the constitution.