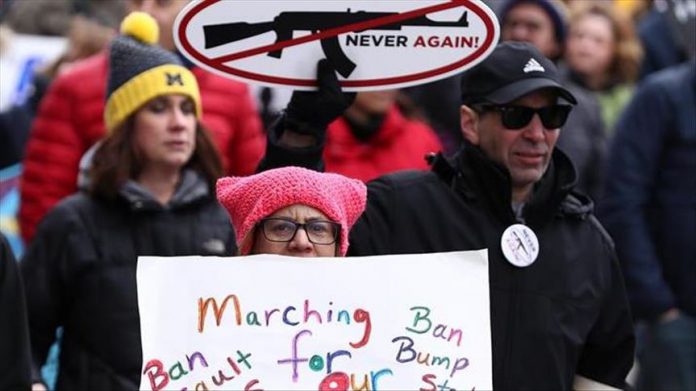 Thousands of gun rights demonstrators flocked to Virginia’s capital on Monday in a bid to push back on gun control legislation being contemplated in the Democratic-controlled state legislature.

Concerns of violence taking place at the assembly were raised when militias and far-right groups said they would join the demonstration at Virginia’s Capitol building in Richmond, but the rally has been largely peaceful with one man reported taken into custody for trespassing, according to the Richmond Times-Dispatch newspaper.

The crowd of mostly white, male demonstrators held signs emblazoned with pro-gun mantras including “Come and Take It,” and “Don’t Tread On

Global steel production up in February