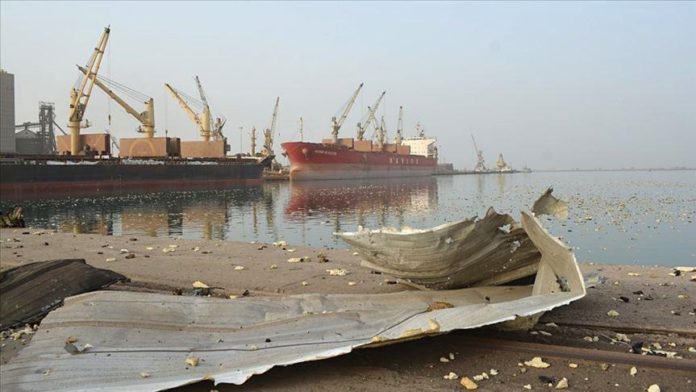 The oil blockade is intended to hamper activities by Yemen’s Houthi rebels, but the UN said it has led to widespread shortages in areas under their control that imperiled direly-needed services, including hospitals.

During their telephone call “Secretary Blinken welcomed the Republic of Yemen Government’s support for a comprehensive, nationwide ceasefire and UN-led political talks and its continued engagement with UN Special Envoy Griffiths,” State Department spokesman Ned Price said in a statement.

“The Secretary thanked the Prime Minister for his efforts to ease the suffering of Yemenis, including authorizing the arrival of four fuel ships at Hudaydah port to help mitigate the fuel shortage facing the country and get much needed help to the people of Yemen,” he added.

The UN said last week there were 13 fuel ships waiting off the coast of Hudaydah, the port in which roughly half of Yemen’s fuel imports normally flow, that contain enough supplies to last the Houthi areas for two months.

All of the ships had already been inspected and cleared by the UN, humanitarian chief Mark Lowcock told the Security Council. They had been waiting to enter the port on average for more than 80 days each.

The Houthis had rejected a cease-fire proposed by Saudi Arabia unless its coalition lifted an air and sea blockade.

The rebels hold most of Yemen’s population centers, including the capital of Sana’a, which they have controlled since they overran wide swaths of the country beginning in 2014. They have also maintained de facto control of Hudeydah.