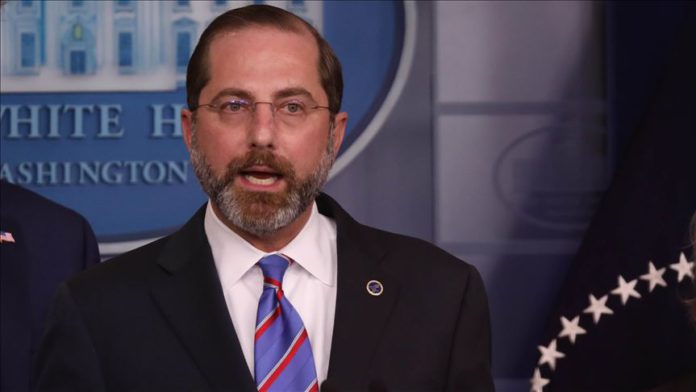 “We had a phone call today with the US Health and Human Services Secretary Mr. Alex Azar. He thanked us for the help of medical supplies sent to the US on the instructions of our President [Recep Tayyip Erdogan],” Fahrettin Koca said on Twitter.

Koca said he explained in detail to his US colleague the treatment methods Turkey had developed as part of measures taken against the pandemic in the country.

A Turkish military cargo plane carrying a second batch of medical supplies departed for the US on Thursday.

The first shipment of medical supplies, which included masks, face visors, N95 masks and overalls, was sent on Tuesday.

Turkey has sent medical aid to at least 57 countries, including those badly hit by the virus such as the UK, Spain and Italy.

More than 3.26 million cases have been reported worldwide, with the death toll surpassing 233,000 and more than one million recoveries, according to data compiled by US-based Johns Hopkins University.