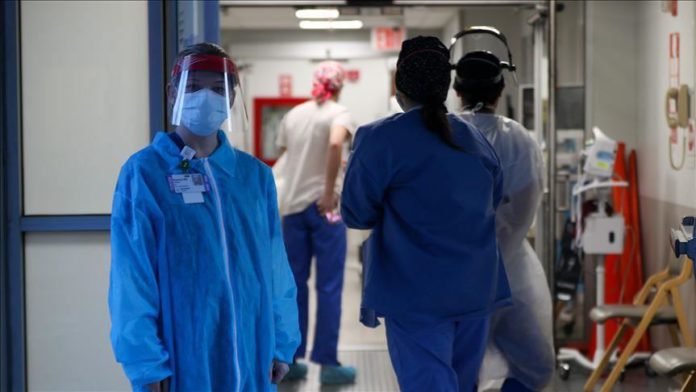 Texas announced Thursday a temporary pause in its reopening process amid spikes in coronavirus cases in the southern state.

“The last thing we want to do as a state is go backwards and close down businesses. This temporary pause will help our state corral the spread until we can safely enter the next phase of opening our state for business,” Governor Greg Abbott said in a statement, noting residents will continue earning a paycheck to support their families during the pause period.

The state recorded an all-time case tally Wednesday with 5,551 new infections and 4,389 hospitalizations — the highest since April 17, according to the state officials

Businesses permitted to open under the previous phase can continue to operate at the designated occupancy levels and under minimum standard health protocols provided by the Texas Department of State Health Services, according to the statement.

Abbott urged every resident to do his or her part to stem the spread of the virus by wearing a mask, washing hands regularly and socially distance from others.

“The more that we all follow these guidelines, the safer our state will be and the more we can open up Texas for business,” he added.

US President Donald Trump cited increased testing as the cause for the spike in US cases instead of reopening individual economies too soon — a process long sought by the president.

“The number of ChinaVirus cases goes up, because of GREAT TESTING, while the number of deaths (mortality rate), goes way down. The Fake News doesn’t like telling you that!” he said.

The US is the worst-hit by the pandemic with nearly 2.4 million cases and more than 122,000 fatalities, according to a running tally of Johns Hopkins University. In all, more than 656,100 recoveries have been recorded.