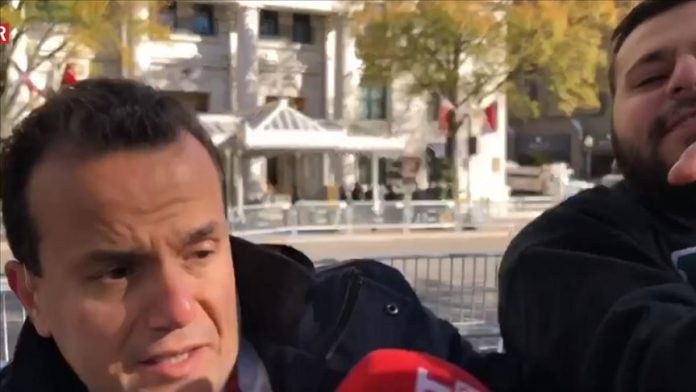 A reporter of Turkey’s state-run broadcaster was attacked by a supporter of the terrorist YPG/PKK group Wednesday during a live stream in Washington where he was covering a meeting between Turkish and U.S. presidents.

The terror group supporter attacked Tuna Sanli of the Turkish Radio and Television Corporation as he approached the reporter from behind and tried to interrupt the live stream.

“I extend my sincere best wishes to TRT News reporter who was attacked by the enemies of Turkey during live stream in Washington,” TRT Director General Ibrahim