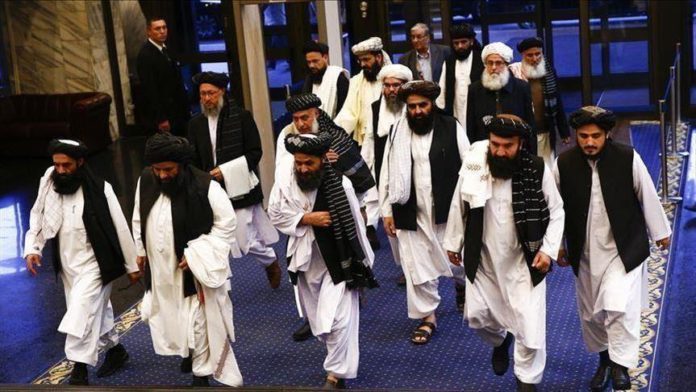 A day ahead of the second round of intra-Afghan peace talks in Doha, Qatar, the United States, and the Taliban blamed each other for violating the peace accord between the two sides.

The negotiations, due to get going again on Tuesday began in the Gulf country in September, months after the Taliban reached an agreement with the US. Washington promised to end its 19-year-long war in Afghanistan in exchange for security guarantees.

Zabihullah Mujahid, a Taliban spokesman, said US forces had conducted airstrikes against the group in non-military zones. He warned of retaliation if the attacks do not stop.

Col. Sonny Leggett, a spokesman for US forces in Afghanistan, termed the allegations as “false,” said the strikes were defensive and renewed calls for all sides to reduce violence.

“The Taliban’s campaign of unclaimed attacks & targeted killings of government officials, civil society leaders & journalists must also cease for peace to succeed,” he said in another tweet.

Najia Anwari, director of strategic communications at the State Ministry for Peace, told Anadolu Agency that the government is determined to continue the negotiations in line with “national interests and aspirations of the Afghan people.”

The Afghan government has pushed for a permanent cease-fire, a condition not yet accepted by the Taliban.

Ukrainians observe 'Day of Unity' amid stand-off with Russia