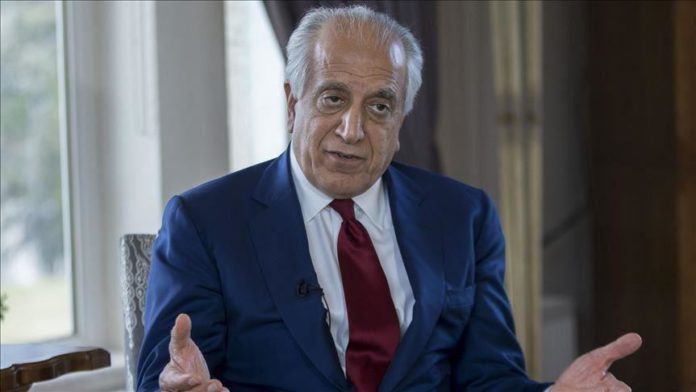 The US and the Taliban have agreed to a “re-set” following a marked increase in violence in Afghanistan between the hard-line group and government forces, the US’ top negotiator to end the conflict said Thursday.

“Following several meetings General Miller and I had with the Taliban, we agreed to re-set actions by strictly adhering to implementation of all elements of the U.S.-Taliban Agreement and all commitments made,” Zalmay Khalizad said on Twitter, referring to Gen. Scott Miller who heads the NATO mission in Afghanistan.

“This means reduced numbers of operations. At present too many Afghans are dying. With the re-set, we expect that number to drop significantly.”

The announcement comes as the Afghan government said Monday its forces repelled a major Taliban offensive in the southwestern province of Helmand. The US had been providing air support to Afghan forces during the counter-offensive in which the Taliban reportedly suffered significant losses.

Helmand governor spokesman Omar Zwak told Anadolu Agency on Monday that security forces had withdrawn “tactically” from their checkpoints in the BabaJi area on the outskirts of the province.

According to the US-Taliban peace deal inked in February, the insurgents are not supposed to attack major cities and provincial capitals.

The Taliban have yet to comment on the tragedies.

This recent wave of violence comes as landmark intra-Afghan peace talks are underway in the Qatari capital, Doha, since Sept. 12, where delegates from both sides are yet to agree on the agenda and a conflict resolution mechanism.

Figures by Afghanistan’s Independent Human Rights Commission suggested that in the first six months of 2020, a total of 1,213 civilians were killed and 1,744 injured in 880 different incidents such as landmine blasts, aerial raids and ground offensives by the warring parties.