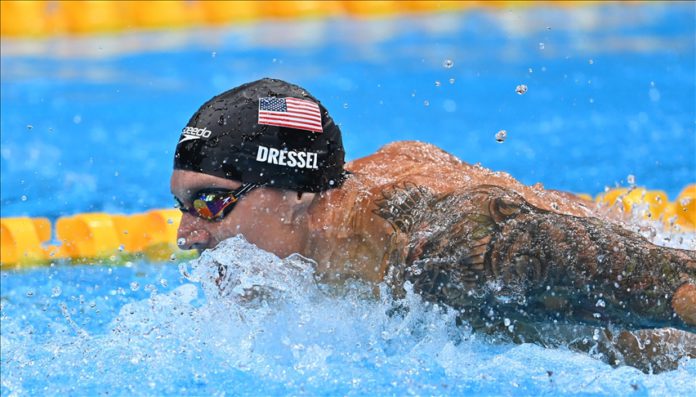 American swimmer Caeleb Dressel gave another record-breaking performance in men’s 50-meter freestyle with 21.07 seconds and grabbed his 4th gold medal at the 2020 Tokyo Olympics on Sunday.

Dressel, 24, broke the Olympic record in men’s 50-meter freestyle, previously held by Cesar Cielo of Brazil with 21.30 seconds in 2008.

On Saturday, the US swimmer set another new world record as he won men’s 100-meter butterfly to grab his third gold medal at the Tokyo Olympics.

He finished with a time of 49.45 seconds, bettering his own world and Olympics records of 49.50 seconds and 49.71 seconds, respectively.

He followed that up with another gold three days later in men’s 100-meter freestyle, touching home in 47.02 seconds to shatter the record of 47.05 seconds set by Australia’s Eamon Sullivan in 2008.

Turkish Treasury to repay over $12.8B debt in Oct-Dec