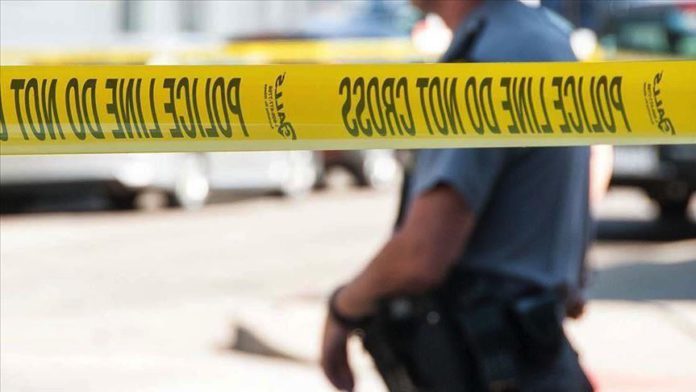 A man accused of shooting two police officers during protests in the US state of Kentucky over a decision not to charge any officers in the killing of Breonna Taylor has been arrested.

Larynzo Johnson, 26, “has been charged with two counts of assault in the first degree and 14 counts of wanton endangerment, all directed against police officers,” interim Louisville Police Chief Robert Schroeder told a press conference Thursday along with Mayor Greg Fischer.

Demonstrations broke out in the city after a grand jury returned a criminal indictment Wednesday against a former Louisville police officer on charges related to the case of Taylor, a Black healthcare worker who was fatally shot by police six months ago.

Brett Hankison, who was fired in June, was indicted on three counts of wanton endangerment in the first degree. The charges stem from shots fired into an adjacent property.

Calling the shooting of police officers “completely unacceptable,” Fischer said officers Aubrey Gregory and Robinson Desroches were fortunate for not having life-threatening wounds.

“I’m extremely happy to report that one of them was treated and released from University Hospital with a leg wound,” the mayor said, referring to Gregory.

“And the other, who was struck in the abdomen, is in stable condition after undergoing significant surgeries and is expected to recover.”

He urged the protestors to remain peaceful and said: “Violence only hurts this cause. When any of us gives in to the temptation to channel anger into violence, we slow our progress…We sacrifice the future for the moment, and that’s just another tragedy. And we’ve seen enough tragedy.”

Meanwhile, White House Press Secretary Kayleigh McEnany said in a press conference Thursday that she is “not aware of any conversation” between Taylor’s family and US President Donald Trump, adding “our hearts go out to the family.”

“I think it’s a sad thing, and I give my regards to the family of Breonna. I also think it’s so sad what is happening, everything about that case including law enforcement,” Trump told reporters Thursday, without commenting on the grand jury decision.

Hankinson was one of three officers who faced potential charges related to the March 13 fatal raid that left Taylor, 26, dead after police executed a no-knock warrant at her residence. Officers Myles Cosgrove and Jonathan Mattingly were not charged.

Taylor was shot eight times in her home as officers and her boyfriend, Kenneth Walker, 28, exchanged gunfire while police attempted to carry out a narcotics raid.

US initial jobless claims fall by 23,000