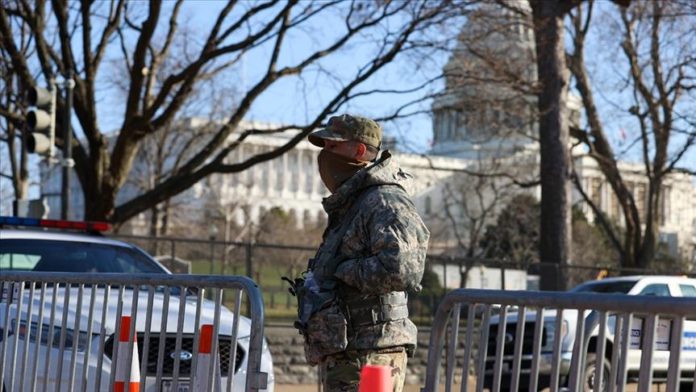 A police officer died Friday after a suspect rammed a vehicle into him and another officer at the US Capitol.

After striking the officers with his vehicle and hitting an erected barricade, the suspect exited his vehicle with a knife in hand and lunged at other law enforcement personnel, Acting Capitol Police Chief Yogananda Pittman told reporters at a press conference.

Officers then opened fire on the suspect, and he has since been pronounced dead. Pittman said that the two officers who were rammed by the suspect were transported to different hospitals where one “succumbed to his injuries.”

She did not provide any identifying information on the suspect or the deceased officer other than using male pronouns for both.

The car ramming comes nearly three months after a mob of former US President Donald Trump’s supporters stormed the Capitol building, overrunning police and killing one officer as they sought to prevent Congress from carrying out a key constitutional step ahead of President Joe Biden’s inauguration.

“This has been an extremely difficult time for the US Capitol Police after the events of Jan. 6, and now the events that have occurred here today,” Pittman said, referring to the day the Capitol was overrun in January.

Authorities said it was too early to determine the motive “behind this senseless act,” Washington, D.C. Police Chief Robert Contee said. But he said it “does not appear to be terrorism-related.”

“But obviously we’ll continue to investigate to see if there’s some kind of nexus along those lines,” he said.

The North Barricade where Friday’s ramming took place is located along Constitution Avenue near the Senate side of the Capitol building. Nearby streets have been shuttered amid a heavy National Guard presence on the Capitol grounds.

For hepatitis patients, COVID-19 a chance to be understood