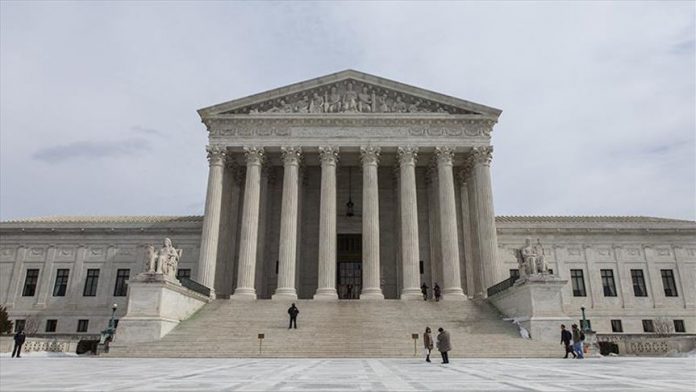 The US Supreme Court decided Monday to toss a case that could have had sweeping implications for gun rights in America.

In a brief two-page unsigned opinion, the top court sidestepped issuing an opinion over a dispute on a largely-defunct New York City law banning the transportation of firearms outside city limits, saying it is moot since the law has been repealed.

The law was being challenged on Second Amendment grounds, and with a conservative majority now firmly on the bench gun rights proponents had hoped for a victory that would have expanded gun rights.

The city has since eased its restrictions.

“This case is not moot. The City violated petitioners’ Second Amendment right, and we should so hold,” he said, noting that he would reverse the judgement and send the case to a lower court “to provide appropriate relief.”

Several gun control cases are pending before the top court, and in concurring with the majority Justice Brett Kavanaugh wrote that the concerns raised in this case should be addressed in those pending decisions.

In a separate ruling, the court ruled in favor of insurance companies who had sued over $12 billion in unpaid bills from coverage provided under the Affordable Care Act, former President Barack Obama’s signature universal healthcare law.

The 8-1 ruling backs insurers’ claims under what is known as the risk corridor program, which lasted only three years during the program’s infancy.

“These holdings reflect a principle as old as the Nation itself: The Government should honor its obligations,” Justice Sonia Sotomayor wrote.

U.S. President Donald Trump has made successive efforts to dismantle the healthcare law, but has been unable to offer anything as a replacement.