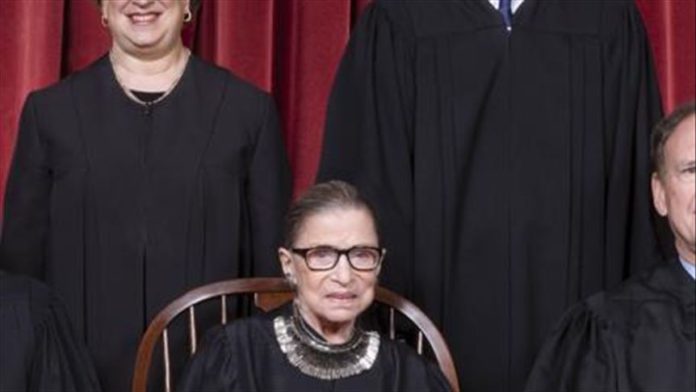 US Supreme Court Justice Ruth Bader Ginsburg has died after a battle with pancreatic cancer, the court announced Friday. She was 87.

Ginsburg died in her Washington home from complications from the cancer. She was surrounded by family, the court said in a statement. She is survived by two children, four grandchildren and two step-grandchildren.

“We at the Supreme Court have lost a cherished colleague. Today we mourn, but with confidence that future generations will remember Ruth Bader Ginsburg as we knew her — a tireless and resolute champion of justice,” Robert said.

Ginsburg served as a stalwart among the court’s liberal wing after being appointed by former President Bill Clinton in 1993.

Her death comes six weeks before Election Day, and is likely to set off a vicious battle as US President Donald Trump is likely to rush to fill her vacancy before Nov. 3.