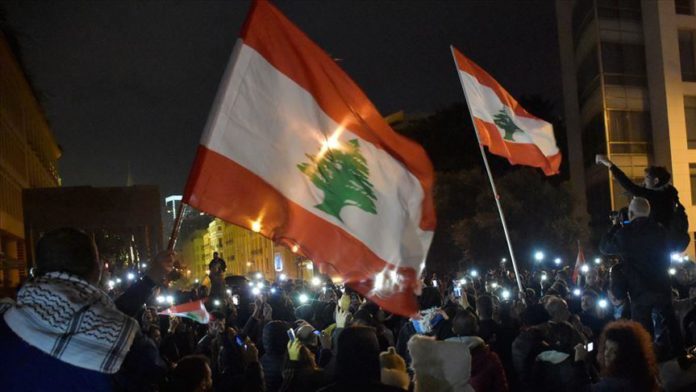 BEIRUT – The US Embassy in Beirut said Saturday it supports the right to peaceful protest by Lebanese demonstrators and “encourages all involved to refrain from violence.”

“The Lebanese people have suffered too much and deserve to have leaders who listen to them and change course to respond to popular demands for transparency and accountability,” the embassy said on Twitter.

A security officer was killed and more than 200 demonstrators were injured Saturday in protests in Beirut.

In demonstrations around Martyrs’ Square in central Beirut and the parliament building, 238 protests were injured, with 63 hospitalized, said the Lebanon’s Red Cross.

According to the health ministry, at least 158 people have died and more than 6,000 injured since an explosion Tuesday ravaged parts of Beirut.