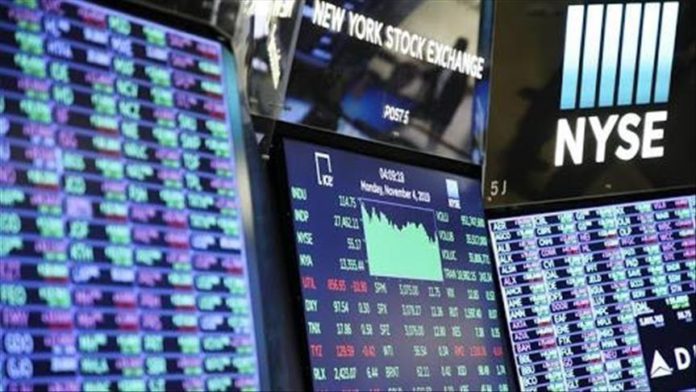 US stocks opened mixed Wednesday with weak macroeconomic data as the private sector added less jobs than estimates in February.

Pharmaceutical firms Moderna and Novavax carried their losses to a second consecutive day as their shares were down more than 3% each.

Tech companies GameStop and Uber were up over 2%, while investment banking majors JPMorgan and Goldman Sachs increased over 1%.

US private payrolls increased 117,000 in February, well below the market estimate, according to ADP Research Institute’s national employment report released on Wednesday.

The 10-year US Treasury yield, which increased in recent weeks but fell on Monday and Tuesday, rebounded by 3.8% to 1.469%. The yield on Thursday hit its highest level since February 2020.

VIX volatility index was also up 2.5% to 24.72 minutes after Wednesday’s opening.

While Bitcoin was up 4% for the day just below $51,000 mark, other cryptocurrencies have also shown signs of recovery from last week’s major losses.