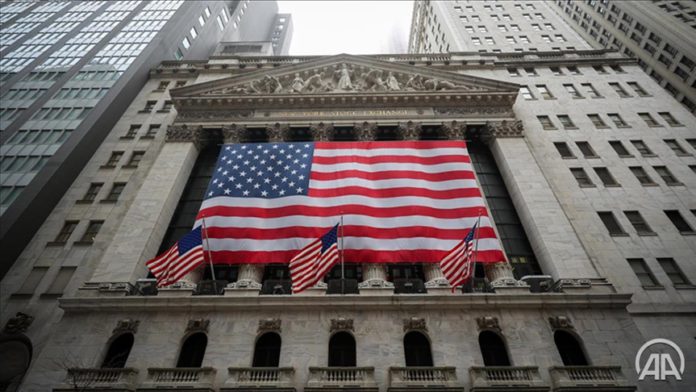 US stocks opened mixed Wednesday ahead of the conclusion of the Federal Reserve’s two-day meeting where the central bank may signal a decision on when to end its asset purchase program.

The Nasdaq, on the other hand, increased 13 to 14,673 with Alphabet gaining 2.6% to $50.4 billion after its subsidiary Google saw its advertising revenue rise 69% in the second quarter compared to the same period last year.

Apple’s stock was down 2.7% shortly after the opening bell despite the company’s revenue soaring 36% to $81.4 billion, which was a record for the quarter ending June, as investors are concerned about a global chip shortage crisis.

Microsoft’s shares were also down 0.4% although the software firm saw its revenue climb 21% to $46 billion in the April-June period from the same period of the previous year.

Although the Fed is not expected to raise interest rates nor make economic projections about rates, inflation and growth, investors will focus on the Fed Chair Jerome Powell’s speech afterward to find clues when the bank would begin unrolling its $120 billion per month asset purchase program.

The VIX volatility index, known as the fear index, continued to rise streak for a third consecutive day by adding 0.3% to 19.41.