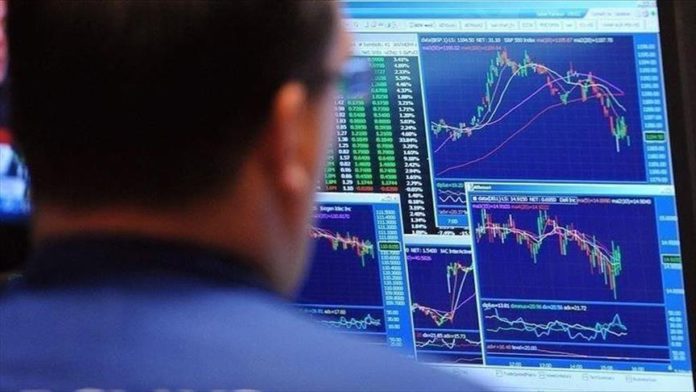 The Nasdaq increased 62 points, or 0.5%, to 12,786 with Intel, General Electric, and Google’s parent firm Alphabet all gaining more than 1%.

While ConocoPhillips jumped 5.3%, other oil majors Chevron and ExxonMobil rose 2.5% each.

Crude prices showed gains after the Organization of Petroleum Exporting Countries (OPEC) and its allies, known as OPEC+, agreed Thursday to continue oil production cuts in April, except for Russia and Kazakhstan.

The price of Brent crude was up 3.6% at $69.16 per barrel, while West Texas Intermediate was at $66 a barrel with a 3.4% increase on Friday shortly after the first bell.

US markets were positive with a strong increase in nonfarm payrolls last month, which indicated the American job market is showing recovery from the pandemic.

The American economy added 379,000 jobs in February, much higher than the market estimate of 182,000, while the unemployment rate fell to 6.2%, the Department of Labor announced earlier Friday.

As the world’s largest economy recovers with reopenings, inflation is likely to increase but that could only be temporary, according to the Federal Reserve Chair Jerome Powell.

“We expect that as the economy reopens and hopefully picks up, we will see inflation move up through base effects. That could create some upward pressure on prices,” Powell said Thursday during a Wall Street Journal conference.

“But I do think it’s more likely that what happens in the next year or so is going to amount to prices moving up but not staying up and certainly not staying up to the point where they would move inflation expectations materially above 2%,” he added.