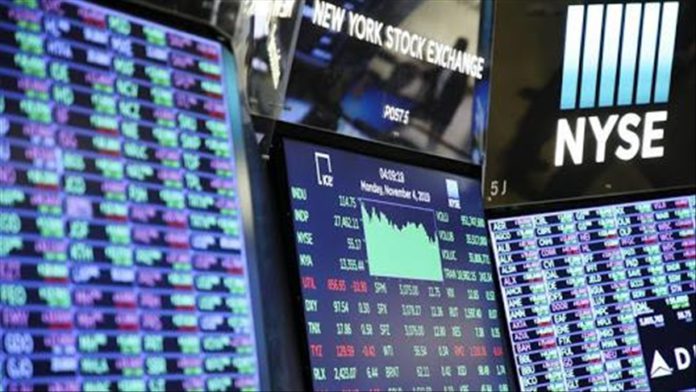 Two of the major stock indexes in the US opened Monday at record levels to kick off 2021 on a higher note before they retracted amid risk of political uncertainties in the Congress.

The Nasdaq, on the other hand, managed to stay in the positive territory after briefly testing its near record high level with 12,958 points.

The decline came amid political uncertainty in the US where outgoing President Donald Trump refuses to concede in the 2020 presidential election and continues to challenge Democratic nominee Joe Biden’s victory.

“The Swing States did not even come close to following the dictates of their State Legislatures. These States “election laws” were made up by local judges & politicians, not by their Legislatures, & are therefore, before even getting to irregularities & fraud, UNCONSTITUTIONAL!” he wrote Sunday on Twitter.

“Sorry, but the number of votes in the Swing States that we are talking about is VERY LARGE and totally OUTCOME DETERMINATIVE!” he added after it was reported he pressured Georgia Secretary of State Brad Raffensperger in a phone call to “find” enough votes to reverse the outcome in the state.

Around 140 Republican members of the House of Representatives are expected to challenge Wednesday the Congress’ official counting of the Electoral College vote, which increases uncertainty of the political sphere in the world’s largest economy.

Republicans face the risk of losing control of the Senate in Tuesday’s runoff election for the upper chamber’s two seats. If Democrats would win both seats, this would provide them the control of the White House and the Congress.

The blue wave may pave the way for the Biden administration and Democrat-controlled Congress to pass legislations supporting higher relief bills and larger stimulus packages against the COVID-19 and to improve the weak economy.

With optimism for higher liquidity in the markets and against political uncertainty, investors turned their interest towards precious metals once again, as gold was up 2.6% for the day trading around $1,942 per ounce and silver was around $27.5 an ounce with a 4.5% increase.