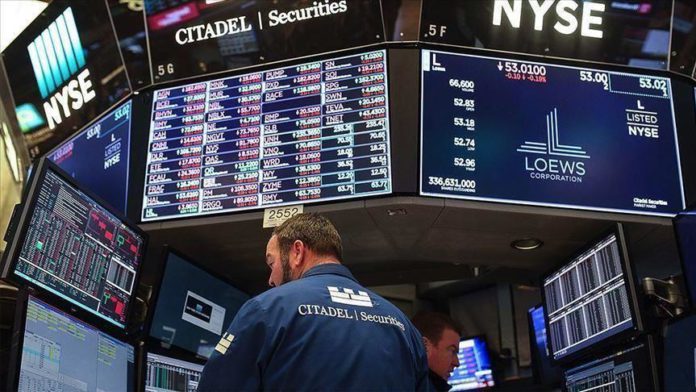 US stocks opened higher Wednesday as markets await the results from the 2020 US presidential election despite a neck-and-neck race.

The Nasdaq soared 281 to 11,442 with gains in tech stocks as Amazon and Google’s parent company, Alphabet, gaining more than 3%. Facebook jumped more than 5%.

World markets were on jitters earlier after US President Donald Trump prematurely claimed victory in the election and threatened to go to the Supreme Court to prevent more ballots from being counted in some swing states where the vote count continues.

He added: “We want all voting to stop. We don’t want them to find any” additional ballots as several states grapple with a deluge of mail-in votes, some of which were not legally allowed to be counted until Election Day.

Several key states are too critical to be yet called, including in Georgia, North Carolina, Pennsylvania, Michigan, Wisconsin, Nevada and Alaska.

If counting continues and uncertainty persists for a clear winner, markets are expected to turn negative toward stocks and commodities.

On the macroeconomic side, the US’ trade deficit fell to $63.9 billion in September, down from $67 billion in August, according to the Commerce Department.

The American economy, however, added 365,000 jobs in the private sector during October, well below expectations of 650,000, while private payroll additions were 749,000 in September, according to human resources management firm Automatic Data Processing report.

Non-farm payrolls and unemployment figures for October will be released Friday.