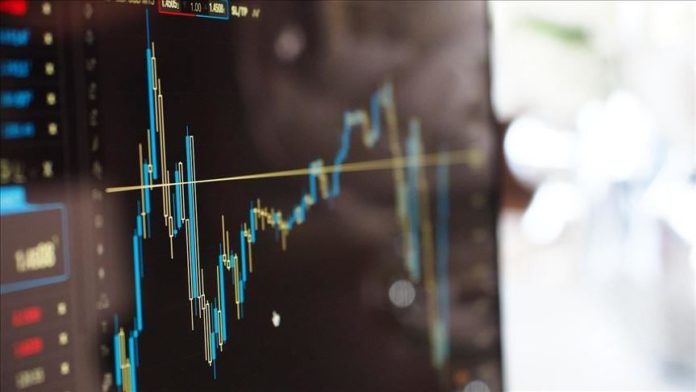 US stock market indexes gained more than 1% on Monday, and crude oil prices soared 5% with weak dollar, as investors have renewed hopes for stimulus bill talks.

International oil benchmark Brent crude was at $41.53 per barrel and American benchmark West Texas Intermediate was at $39.46 as both gained more than 5.7%.

The rise in oil prices came after the sudden decline in the US dollar index, which provided a relatively cheaper crude buying opportunity for oil importing countries, increasing their short-term demand, since crude prices are indexed to the greenback.

US dollar index, which measures the value of the American dollar against a basket of currencies including the Japanese yen, British pound, Canadian dollar, Swedish krona and Swiss franc, was down 0.4% at the same time to 93.46 — its lowest since Sept. 22.

Weak dollar also pushed precious metals higher on Monday with gold seeing its spot price rising to $1,913 per ounce for 0.8% increase at that time for a daily gain of 0.8%, and silver spot increasing to $24.3 per ounce for a 2.4% gain.

Rises in Wall Street came as investors have renewed hopes after House Speaker Nancy Pelosi and Treasury Secretary Steven Mnuchin were reported to be talking to Federal Reserve Chair Jerome Powell in recent days to discuss details of the new relief package.

While Powell repeatedly stressed the need of another fiscal stimulus by US Congress and administration last month to support the Fed’s monetary policies, President Donald Trump has urged both sides of the isle to take action on the relief bill before Nov. 3 presidential election.

“OUR GREAT USA WANTS & NEEDS STIMULUS. WORK TOGETHER AND GET IT DONE. Thank you!” Trump wrote Saturday on Twitter.

Democrat-controlled House of Representatives passed the new $2.2 trillion relief bill last week, but the Republicans, who control the Senate, demand a $500 billion package, stalling the process, while the White House favors a stimulus around $1.5 trillion.

Prosecutor gunned down in eastern Afghanistan