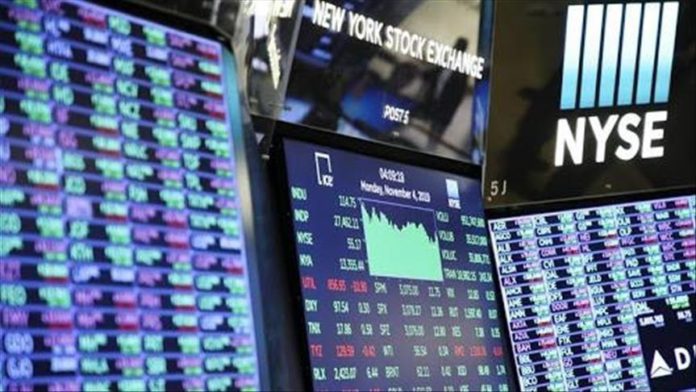 Retail investors’ favorite stocks in recent weeks, such as GameStop and AMC Entertainment, continued their declines by losing 12% and 10%, respectively.

Cryptocurrencies, on the other hand, posted major gains after Tesla announced Monday it has purchased $1.5 billion worth Bitcoin, which climbed to an all-time high level of over $48,000 on Tuesday by gaining more than 20% in 24 hours.

Democrats in the US House of Representatives unveiled details about Biden’s relief plan late Monday, which includes $1,400 stimulus payments for Americans.

Although most individuals will get the same amount based on income levels as in previous checks, some households will receive more money under the new framework.

There are still 10.1 million jobless individuals in the world’s largest economy that contracted last year by 3.5% due to the pandemic — its worst decline in GDP since 1946.