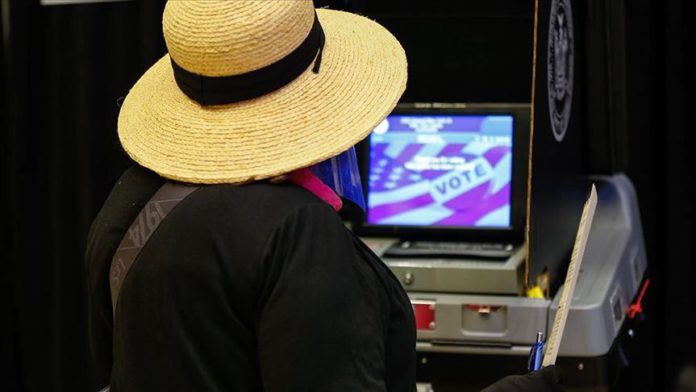 Some US states have reported technical issues as millions of Americans have started flocking to polling stations early Tuesday to personally cast their ballots on Election Day.

In the state of Ohio, considered one of the swing states between President Donald Trump and his Democratic contender Joe Biden, officials warned voters amid long lines and wait times on Election Day, with voters also worried about COVID-19 risks.

Polling workers, however, resorted for the old-fashioned method to check in voters by paper after realizing that their electronic check-in system failed due to lack of updates.

In the state of Georgia, a new battleground state between Trump and Biden, some technical issues forced workers to have voters use emergency paper ballots in Morgan and Spalding counties near Atlanta.

There was an early report of voting machine issues in Brooklyn, New York, but a councilmember tweeted that the tech problems in Borough Park were resolved at 8:11 a.m.

While some 3.9 million people have already cast their absentee ballots via mail in the Peach State, some voters were asked to come back later on polling centers due to technical difficulties.

While many counties in the Keystone State have increased the speed of ballot counting in their voting machines, this created another problem as voters do not get adequate time to hold their ballots in their hands.

Across the state, computer servers in many counties are also reported to carry the risk of going offline temporarily, which could result in loss of voter count and information.

Technical difficulties in voting across the US may create long lines, block, prevent and discourage voters from casting their ballots, as well as the possibility of officials later claiming fraud in elections.