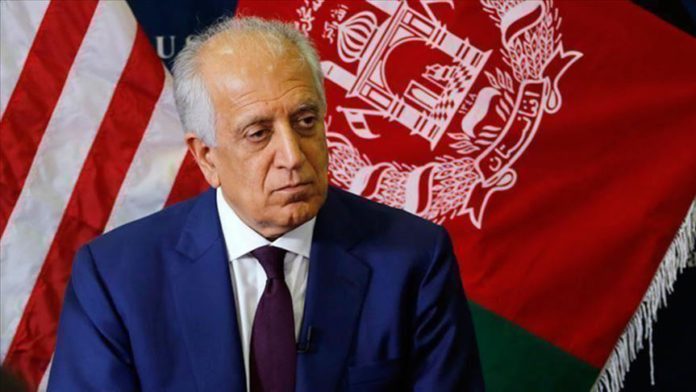 US special envoy for Afghanistan Zalmay Khalilzad met with the Pakistan Army chief on Monday to discuss the ongoing intra-Afghan peace talks.

The meeting with Gen. Qamar Javed Bajwa was held at the garrison city of Rawalpindi at the army headquarters.

The intra-Afghan peace talks being held in Doha, Qatar aim at ending the 18-year war in Afghanistan.

This is Khalilzad’s 12th visit to Pakistan in less than two years after Islamabad arranged landmark peace talks between the Taliban and Washington in December 2018.

Khalilzad praised Pakistan’s “sincere and unconditional support” to the peace process at the meeting, the spokesman said.

The Pakistan Army chief said that Prime Minister Imran Khan had given a clear vision regarding peace and connectivity in the region.

They will be tackling tough issues, which will include the terms of a permanent cease-fire, constitutional changes and power sharing.