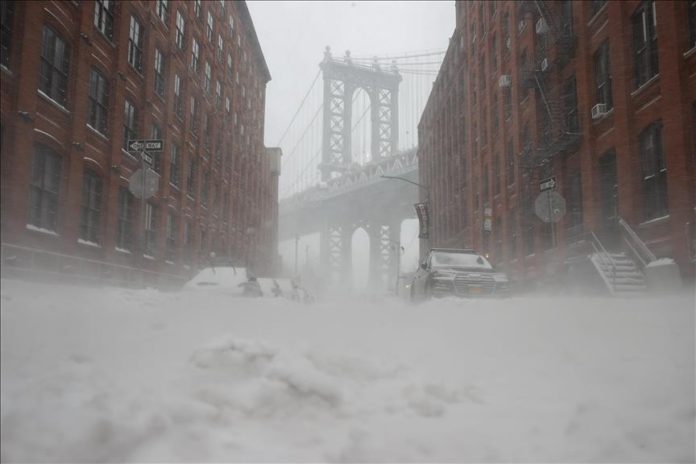 Thousands of flights have been canceled and more than 100,000 power outages were reported Wednesday and Thursday because of a massive winter storm in the central US.

An estimated 108 million people from the state of New Mexico to Maine were under winter and flood alerts early Thursday, according to NBC News.

And there are more than 4,000 flight cancellations into or out of the country, according to flight-tracking site FlightAware.

The strong storm and ice have caused disruptions in southern and midwestern states, while authorities warn of more power outages.

Heavy snowfall closed roads in parts of Missouri, resulting in accidents in Indiana and offices closed in New Mexico.

The National Weather Service said snowfall is expected in central Kentucky, Syracuse and upstate New York on Thursday through Friday.

As of early Thursday, more than 60,000 customers were without power in Texas, according to outage tracker PowerOutage.us. Arkansas reported more than 25,000 outages.

The arctic cold left millions without power last year, leaving 69 dead in one week in February.