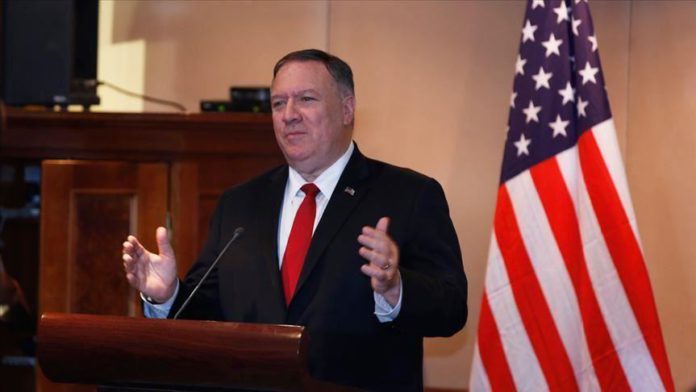 The US on Friday hit 14 unnamed Iranian individuals with visa restrictions over their alleged involvement in rights violations.

In announcing the penalties, Secretary of State Mike Pompeo said the individuals and their immediate families are being sanctioned for their “involvement in gross violations of human rights on behalf of the Iranian regime, the world’s leading state sponsor of terror.”

“These actions send a message of support to the Islamic Republic of Iran’s many victims worldwide that we will promote accountability for those who spread terror and violence,” the top diplomat said in a statement.

Pompeo charged 13 of the individuals with involvement in an 1990 assassination in Switzerland in which they posed as Iranian diplomats, and carried out the act in order “to silence opposition and show that no one is safe from the Iranian regime, no matter where they live.”

“The United States will not stand for the Iranian regime silencing its critics through violence and terror,” he said.

He also said the US was also publicly designating Hojatollah Khodaei Souri, the director of Iran’s notorious Evin Prison.

Souri “oversaw an institution synonymous with torture and other cruel, inhuman, or degrading treatment or punishment.”

“Evin Prison has been used to oppress peaceful Iranian protestors and journalists, as well as foreigners who are swept up and imprisoned to be held hostage to squeeze concessions out of their home governments,” he said.

It is unclear if the prison director is the fourteenth individual being hit with visa restrictions.