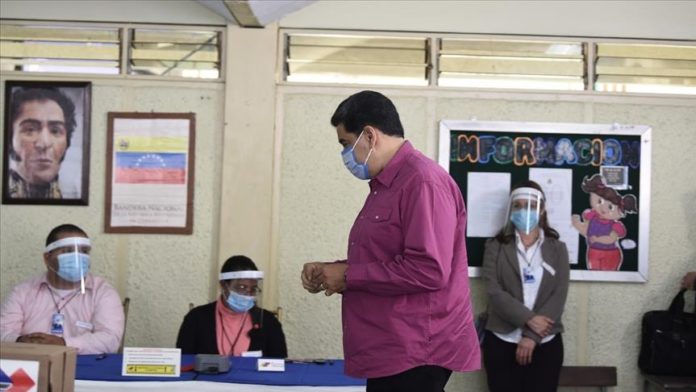 “The United States, along with numerous other democracies around the world, condemns this charade which failed to meet any minimum standard of credibility,” Secretary of State Mike Pompeo said in a statement.

“This farce was nothing more than an attempt to install a complicit, puppet National Assembly, beholden only to Maduro, while destroying the country’s only remaining democratic institution truly representative of the Venezuelan people,” Pompeo added of Venezuelan President Nicolas Maduro.

The top diplomat further said Maduro’s government “systematically assassinates, tortures, and imprisons its opponents, which the United Nations, Organization of American States, and other independent observers have laid bare in recent reports.”

Opposition leader Juan Guaido, who proclaimed himself interim president in 2019 in a bid to oust Maduro’s government, called the elections a “fraud.”

Canada, Chile, and Colombia have followed the US in not recognizing the parliamentary elections in which Maduro’s party claimed 67% of the vote.