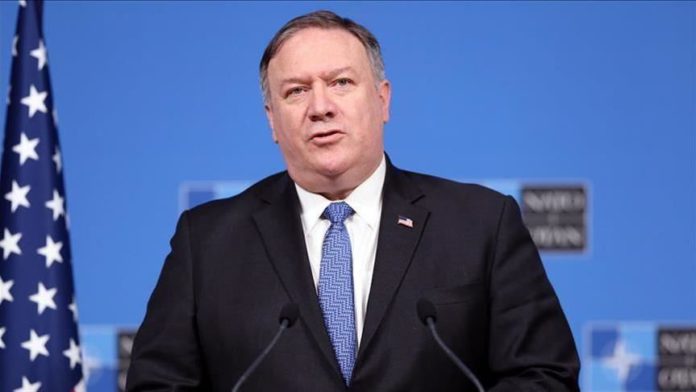 The US secretary of state has condemned an attack against Eritrea by armed separatist forces from Ethiopia’s Tigray region.

“We strongly condemn the attack by the Tigray People’s Liberation Front against Eritrea, and the attempt to internationalize the conflict,” Mike Pompeo said late Tuesday.

On Nov. 4, Ethiopia launched what it described as a law enforcement operation in Tigray after the forces of Tigray People’s Liberation Front (TPLF) attacked the northern command of the federal army stationed across the Tigray region, killing soldiers and looting military assets.

A rocket attack on the Eritrean capital, a northeast African country, from Ethiopia’s Tigray province’s border was reported Sunday as an operation against rebel rule continued in the defiant state.

“We urge the TPLF and the Ethiopian authorities to take immediate steps to de-escalate the conflict, restore peace, and protect civilians,” Pompeo added.

Ethiopian Prime Minister Abiy Ahmed said on Tuesday that as the three-day surrender ultimatum given to TPLF fighters was over, final law enforcement measures would be taken in the coming days.

In a short Facebook post, Abiy thanked those who surrendered to the Ethiopian National Defense Forces, saying: “Those special forces and militia acted responsibly in saving their people.”

The UN refugee agency has warned that a full-scale humanitarian crisis is unfolding in Ethiopia as more than 27,000 refugees have fled to safety in eastern Sudan in two weeks.