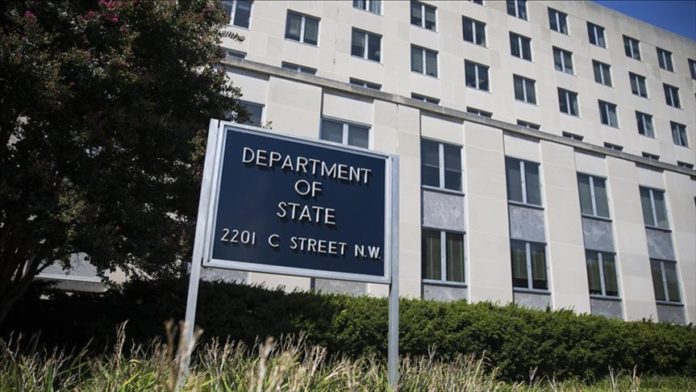 The US lambasted Thursday sentences handed down to pro-democracy activists in Hong Kong, calling the rulings an authoritarian tactic.

“The use of courts to silence peaceful dissent is a hallmark of authoritarian regimes and underscores once again that the Chinese Communist Party’s greatest fear is the free speech and free thinking of its own people,” the top diplomat said in a statement.

“Hong Kong’s people should be free to exercise the rights guaranteed to them under the Basic Law; the Sino-British Joint Declaration, a UN-registered treaty; and the Universal Declaration of Human Rights. Their struggle to resist the CCP’s denial of their fundamental rights will stand throughout history as a testament to the human spirit,” he added.

The semi-autonomous region on Wednesday sentenced activists Joshua Wong, Agnes Chow, and Ivan Lam to jail for their roles in a “siege” of a police building during 2019’s mass protests.

Wong, 24, who was arrested in September, pleaded guilty to two charges and was sentenced to 13 and a half months in prison, according to the South China Morning Post.

The ruling also means that all three activists cannot take part in any local elections for five years, as Hong Kong law bars any candidate jailed for more than three months from contesting elections for half a decade, the report said.

In a message posted on Facebook through his lawyers, Wong said: “I know this is tough. But I will carry on.”

Wong rose to fame during the anti-government protests that rocked Hong Kong over a now-withdrawn extradition bill that would have allowed suspects to be extradited to mainland China.

International media pegged him as the front man of the demonstrations, with numerous profiles and interviews published by western news outlets.

Wong was arrested late in September for participating in an unauthorized assembly in October, 2019 year.