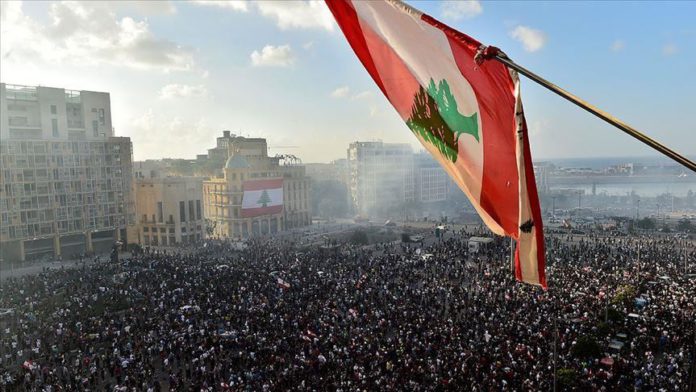 The US sharply criticized Tuesday a history of government corruption and mismanagement in Lebanon that it said directly contributed to a devastating blast in Beirut and the country’s ongoing economic crisis.

A State Department spokesman squarely faulted the Lebanese government for the explosion in a statement sent to Anadolu Agency, and voiced support for subsequent ongoing demonstrations.

“The underlying cause of this tragic explosion – and the dire economic conditions throughout the country – is the decades of mismanagement, corruption, and the repeated failure of Lebanese leaders to undertake the meaningful, sustained reforms needed to put Lebanon on the path to security and prosperity,” according to the spokeswoman, who issued the statement on condition of anonymity.

The powerful explosion last Tuesday shook the Lebanese capital and its environs after 2,750 tons of ammonium nitrate stored in a warehouse caught fire, igniting a devastating blast that left widespread destruction in its wake and prompted the resignation of the Lebanese government headed by now-caretaker premier Hassan Diab on Monday.

Lebanese security forces earlier Tuesday fired tear gas canisters at protesters enraged by the tragedy in a bid to keep demonstrators away from the parliament building.

Demonstrators took to the streets demanding the departure of the ruling elite following the blast that has left at least 171 people dead and thousands more injured.

They chanted slogans denouncing the ruling political class, who they accuse of corruption and incompetence, and hold responsible for the blast.

The demonstrations that began last weekend and have continued each day “were re-ignited by anger and frustration over mismanagement of the port, which allowed this horrific accident to happen,” the spokeswoman said.

“We continue to support the right of the Lebanese people to protest peacefully and we call on the security services to ensure their safety and well-being,” she added.

US elections: what does president-elect mean?