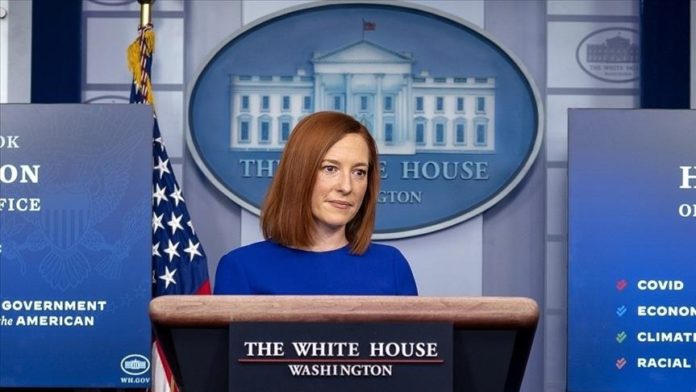 The US sharply rebuked Iran on Wednesday for what it said was its “dangerous and despicable reported plot” to kidnap an American citizen on US soil.

White House spokeswoman Jen Psaki told reporters the US will continue to speak out against Iran’s actions that seek “to silence those peacefully working to address the situation both inside of Iran and outside of Iran that are appalling.”

“We will forcefully defend US citizens and US interests,” she said. “That includes law enforcement actions like the one announced yesterday.”

Psaki was referring to a Justice Department’s announcement on Tuesday that four alleged Iranian spies have been indicted in relation to an international plot that sought to kidnap a New York City-based journalist and human rights activist.

Neither the department nor charging documents list the name of the alleged target, but multiple reports said the victim is Masih Alinejad, a Brooklyn-based journalist.

All four suspects reside in Iran and remain at large. In addition to kidnapping, they face charges tied to sanctions violations, bank and wire fraud and money laundering.

Nellie Bahadorifar, 46, an alleged co-conspirator, who is a state of California resident, faces additional charges of providing financial services that allegedly supported the plot.