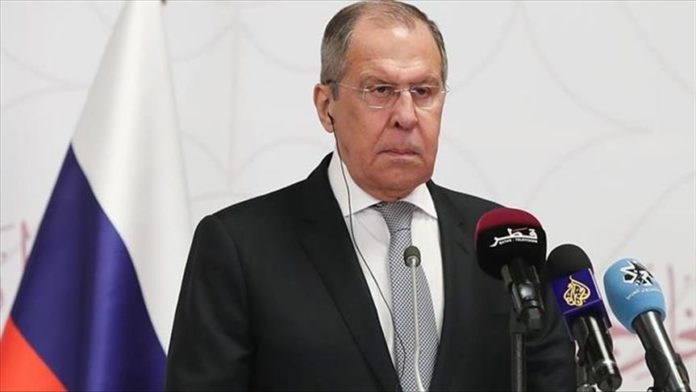 The US shows a willingness to find a compromise aiming to restore the Joint Comprehensive Plan of Action (JCPOA), Russian Foreign Minister Sergey Lavrov said on Wednesday.

Speaking at a meeting of the Moscow-based think tank Valdai Discussion Club, Lavrov said Russia supports the development of a dialogue on the return to the Iran nuclear deal.

He also said Russia insists on the restoration of the JCPOA without any modification.

According to Lavrov, the West suggests restoring the JCPOA “with a plus” by introducing additional restrictions on [the Iranian] missile programs, making Iran change its policy in the region, and extending the deal beyond the terms initially approved by the UN Security Council.

Lavrov insisted that it was logical to restore the deal in its original form and then see what can be done further, including about the mutual claims.

“I very much hope that the anti-Iranian inertia that was observed at first will give way to common sense and that ideas like the creation of a ‘Middle East NATO’ — MESA, the Middle East Strategic Alliance — will become a thing of the past,” he said.

Russia proposed an informal roadmap, where Iran and the US will step by step return to fulfilling their obligations, the minister added.

He refused to speak in detail about the roadmap, saying: “The work is ongoing and better not to make it public.” But he also said: “French colleagues are helping to formulate the content of these steps, especially the first step, which should launch the process of implementing the JCPOA in full.”

The implementation of the JCPOA, signed in 2015, has stalled after the US unilaterally withdrew from it on May 8, 2018, and reintroduced sanctions against Iran in the fields of oil exports, economy, and finance.

Exactly one year later, Iranian President Hassan Rouhani announced that Tehran was suspending part of its obligations under the nuclear deal. On Jan. 5, 2020, Iran announced that its nuclear program no longer faces any operational restrictions.