TurkishPress
Home News US 'should do everything possible' to extradite Gulen to Turkey: Expert 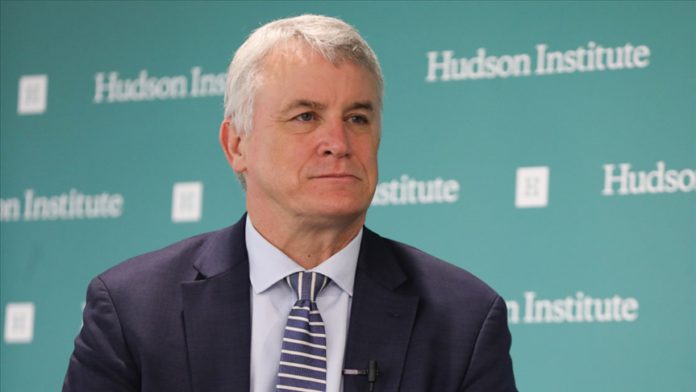 The Biden administration “should do everything possible” to extradite FETO ringleader Fetullah Gulen to Turkey, a US-based expert has told Anadolu Agency.

Michael Doran, a senior fellow at the Hudson Institute think tank, said the matter is “a national security question for the United States,” noting Turkey is an “extremely important ally,” which he maintained is “going to become more important over time.”

“And there was a coup attempt led by him, and he’s hated by everyone in Turkey, by the government and opposition alike,” he said, referring to Gulen.

“It’s impossible for the United States to explain to the Turkish people why this man is staying in Pennsylvania. So for me, it’s a national security question, and we should do everything possible.”

Doran noted that the Justice Department has said it has not received sufficient evidence to extradite Gulen, which he said he is not in a position to evaluate. But Doran maintained he “would work as hard as possible to help the Turks present what they needed to present to us in order for us to accede to their request.”

FETO and its US-based leader, Fetullah Gulen, orchestrated the defeated July 15 coup in which 251 people were killed and 2,734 injured.

July 15, the day of the defeated coup, is now marked in Turkey as Democracy and National Unity Day, with commemorations set to be held across Turkey on Thursday.

Doran said he has “no doubt” that Gulen was behind the defeated putsch.

“Especially from an American point of view, the whole story of the Gulen movement is like science-fiction; that there could be an organization that is run, a cult basically, that is run out of Pennsylvania that’s conducting this kind of movement,” he said.

“It seems impossible. In fact, a lot of Americans don’t believe the story, what I think you and I agree is reality. They don’t believe it because it sounds so fantastic,” he added.

Doran said he himself encountered members of FETO in his work, “and I’ve seen how they’ll say one thing to your face, and another thing to somebody else. And the first time it happens to you.

“I had a case here of a journalist in Washington who was a Gulenist, I didn’t know it, and I thought he was a friend of mine. And then through a series of events, I was alerted to the fact that he was writing things about me that were the exact opposite, writing things about me in Turkish that were the exact opposite of what he was saying to my face. And I couldn’t believe it at first, because I really thought I was friends with him,” said Doran.

US musicians to hold fundraiser for Native COVID relief