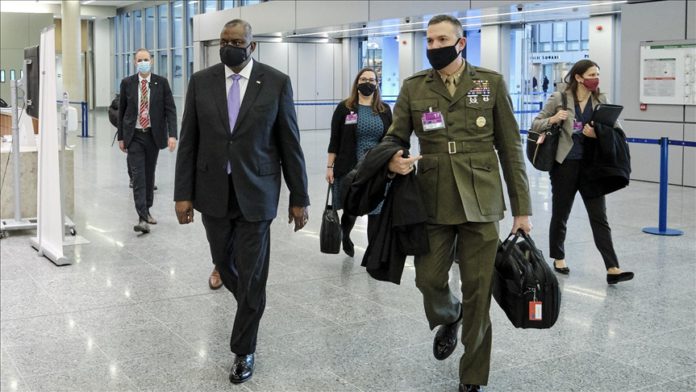 The US defense secretary during his visit to Vietnam on Thursday pledged support to the countries in Southeast Asia in their disputes with China.

In his meeting with Vietnamese President Nguyen Xuan Phuc, Lloyd Austin drew attention to the US’ “strong bilateral partnership” with Vietnam, and “emphasized that the United States supports a strong, independent and prosperous Vietnam.”

He also discussed a range of issues, including his country’s “commitment to help Vietnam battle COVID-19” with Vietnam’s Prime Minister Pham Minh Chinh.

The US will provide Vietnam with 5 million doses of the Moderna vaccine along with additional COVID-19 support worth $20 million, Austin also noted.

The Vietnamese Defense Ministry said in a statement that outcomes of the bilateral defense cooperation were “highly appreciated” by both US and Vietnam, especially in overcoming war consequences, addressing non-traditional security challenges, supporting Vietnam in joining the UN peacekeeping missions, and improving the law enforcement at sea and military medicine.

International and regional issues of mutual concern, particularly traditional and non-traditional security challenges that directly affect the region were also discussed, and the two sides “affirmed ASEAN’s (Association of Southeast Asian Nations) central role in enhancing cooperation within the framework of the ASEAN Defence Ministers’ Meeting Plus (ADMM Plus) in order to maintain a peaceful environment and stability in the region and the world,” the statement added.

Austin also met with Singaporean Prime Minister Lee Hsien Loong to discuss the significance of the US’ partnership with Singapore.

“Singapore’s leadership plays a very important role in advancing the shared principles that maintain regional stability, and I deeply value the strong partnership between us,” he said.

Criticizing China for overlooking sovereignty of states in the region, Austin in a tweet on Tuesday said: “Beijing’s claim to the vast majority of the South China Sea has no basis in international law.”

“We continue to support the region’s coastal states in upholding their rights under international law,” he continued.

Austin also voiced his wish for improved relations with the country and noted: “I am committed to pursuing a constructive, stable relationship with China, including stronger crisis communications with the PLA (People’s Liberation Army).”

“Big powers need to model transparency & communication,” he added. “We hope we can work together on common challenges, especially climate change.”

However, China’s Foreign Ministry Spokesperson Zhao Lijian had earlier said in a statement: “The US accusation that our maritime rights and interests in the South China Sea have no basis in international law totally runs counter to facts.”

He went on to criticize the US for sending “willfully large-scale advanced vessels and aircraft to the South China Sea for military reconnaissance and drills and (that the US) illegally intruded into China’s territorial waters and space and water and air space adjacent to islands and reefs.”

“The South China Sea is the shared home for the countries in the region. It should not be a hunting field for the US to seek geopolitical self-interests,” Lijian also said.