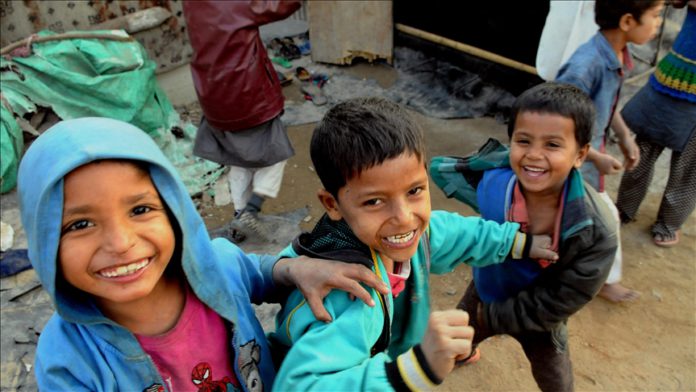 US children’s television show Sesame Street has unveiled plans to create its first Rohingya Muppets in a bid to help children suffering from displacement.

The Muppets will be 6-year-old twins Noor and Aziz, and will be part of the show’s Rohingya-language Play to Learn program.

The Play to Learn program seeks to deliver early education content to children living in Cox’s Bazar, the world’s largest refugee camp, which is home to some 800,000 Rohingya refugees, according to a statement Sesame Street released Wednesday.

Nearly half of those living in the Bangladesh-based camp are children.

“Noor and Aziz are at the heart of our efforts to bring early education and learning through play to children and caregivers affected by the Rohingya refugee crisis, who have been impacted tremendously by the dual crises of displacement and the COVID-19 pandemic,” Sherrie Westin, Sesame Street’s president of social impact, said.

“These are two very special Sesame Muppets—for most Rohingya children, Noor and Aziz will be the very first characters in media who look and sound like them. Rooted in the rich Rohingya culture and informed by extensive research and input from Rohingya families, Noor and Aziz will bring the transformative power of playful learning to families at a time when it’s needed more than ever before,” she added.

Noor and Aziz will be featured ialongside Sesame Street mainstays including Elmo and Elmo’s dad, Louie.

US stocks rise on hope for relief deal before deadline