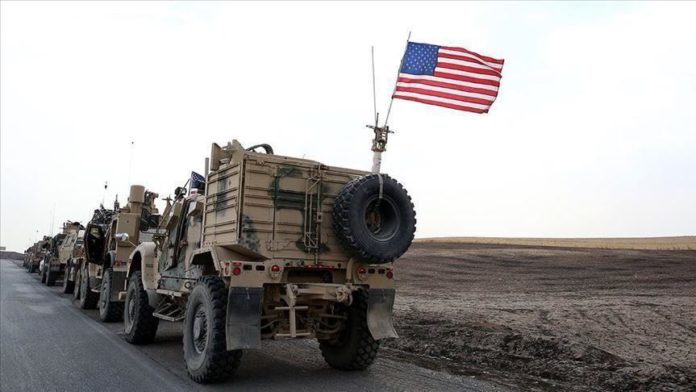 The US has transferred aid worth $400 million, mostly consisting of security equipment, to the YPG/PKK terrorist organization in Syria, local sources said on Saturday.

The support package, which started reaching the YPG/PKK terror group last month, will be used for military purposes, according to the sources, who requested anonymity due to restrictions on speaking to the media.

They added that the equipment given to the terror group includes bomb detectors, fingerprint scanners, and tracking devices.

On Sept. 25, top US diplomat Mike Pompeo announced that Washington will provide an extra $720 million in aid to Syria.

In a statement, the US State Department claimed that “none of this funding will be provided to security forces,” saying that it was all “humanitarian assistance” that will be distributed to Syrians by “trusted partners on the ground.”

The US has long provided military training, equipment, and weapons support to the YPG/PKK terror group.